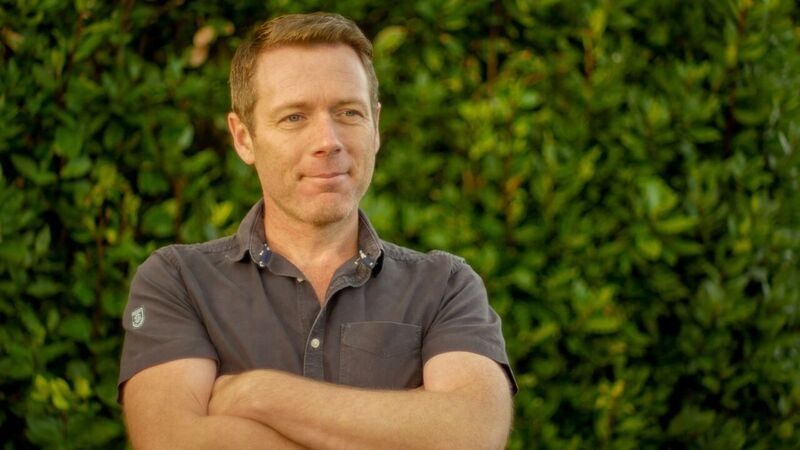 Hosted by garden designer Peter Donegan, The SodShow garden podcast releases weekly and is available in Spotify, all good podcast stores and via The Sodshow website.

Peter Donegan is a member of The Garden Media Guild and is available for bookings, speaking, garden talks and hosting.

Dublin-based garden designer Peter Donegan has attracted a raft of big names to appear on his interview-based podcast over the years; fellow designers, head gardeners, nurserymen and women. I am not sure if it is his beguiling Irish accent, his uncanny ability to put guests at ease or the fact that he’s part of the industry himself, but Donegan always manages to draw the best out of his guests, delving into the origins of their plant obsessions and finding out what makes them tick. A live show in Salt Lake City’s Thyme and Place earlier this year further cemented The SodShow’s credentials, making it a must-listen if you are interested in personalities as well as plants.

I started growing plants at the age of 5, created my first garden aged 10 and have won awards for the design and build of 17th and 18th Century estates and show gardens at national competition. In 2018 I was selected to represent Ireland to design and realise the Irish WW1 Centenary Peace Garden in the moat of Chateau de Péronne, a 13th Century castle in the Somme region of Northern France. April 2019 I will become the first Irish designer accepted to create a show garden at The Royal Horticultural Society, RHS Flower Show Cardiff. I started Donegan Landscaping Dublin in 2001, aged 24.

Peter is available for garden talks and events and is a member of The Garden Media Guild (UK).

April 2010 saw The Sodshow first formalised as a weekly garden podcast. With demand and time, its duration grew from 10 to 20 minutes and eventually on March 11th 2011, the still weekly release turned into a radio show and made its radio debut, live.

August 2016, The Sodshow left the airwaves and returned to digital. Since then, The Sodshow Live show has taken place in Salt Lake City, was shortlisted for Best Radio Broadcast at the Garden Media Guild Awards (2017) and was named in Gardens Illustrated 6 Best Podcasts of 2018.

Fuelled by so many kind hearts and a love for horticulture that I hope never ever leaves me; for you who listen and to whom I speak with, I am eternally grateful.

Anything else you need to know ? Just ask.

Thank you, so very much.
Xx Peter